Surely you already know that Menorca is a very small island with few population centers. Over time, developments have emerged in the surroundings and on the outskirts of the main cities. These developments are the ones that tourists usually choose during the summer holidays.

If you plan to spend your summer holidays in Menorca you will most likely want to know what is the best urbanization of Menorca to stay in a hotel or apartment. Here you have the answer according to a study of the year 2012 carried out by the organization pimemenorca (Small and Medium Business organization of Menorca).

All developments have been evaluated with the following 11 criteria. The study data I have processed and assigned a numerical value to the results so that I can sort them by score. The maximum score is 33 points (3 points above the 11 criteria)

In Maò there are 4 developments. All of them stand out for the cleanliness, the lighting and the access by road. The worst rated points are the cleanliness of the beaches and the fencing of the plots. The best valued urbanization is Cala Llonga.

Ciutadella is the municipality with the most urbanizations with 9 in total. It has become the place of the island with more tourism and its population surpassed that of Maó in 2010. Its urbanizations have very good ratings on access, signage and general cleaning,while the worst valued are the sidewalks and parking lots. The best valued urbanization is that of Calan Blanes.

The only urbanization of Es Castell is Sol del Este. It has an average rating and stands out for the access roads and the telephone network. The worst valued is the state of the sidewalks and the asphalt.

With 5 urbanizations Es Mercadal is an area quite frequented by tourists. Its ratings include road access, general cleaning and asphalt. The best valued urbanization is Arenal den Castell paired with the Port of Addaia.

The only urbanization is that of Santo Tomás,super touristic and very well valued in all aspects except in cleanliness of the beaches.

In Ferreries they only have the urbanization of Cala Galdana,perhaps the most touristic of the whole island for its imposing hotel at the first line of the beach. It is one of the best scores on the whole island and stands out at all points valued except for the Parking.

Something has Sant Lluís that has made 9 urbanizations and all of them very well valued. The cleanliness and access by road stand out positively for the green areas,while taking a hit in beach cleanliness. The best valued is Punta Prima,and in fact it is the best valued of all municipalities!

The 5 Best Urbanizations of Menorca

After seeing the best urbanizations by municipality, it’s time to know the winner. According to the 2012 study, these are the 5 best urbanizations in all Menorca,and therefore the most recommended from a general point of view to rent an apartment or hotel: 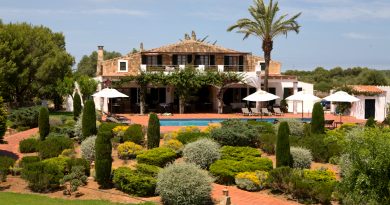 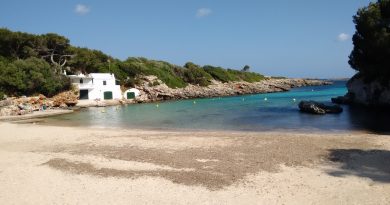