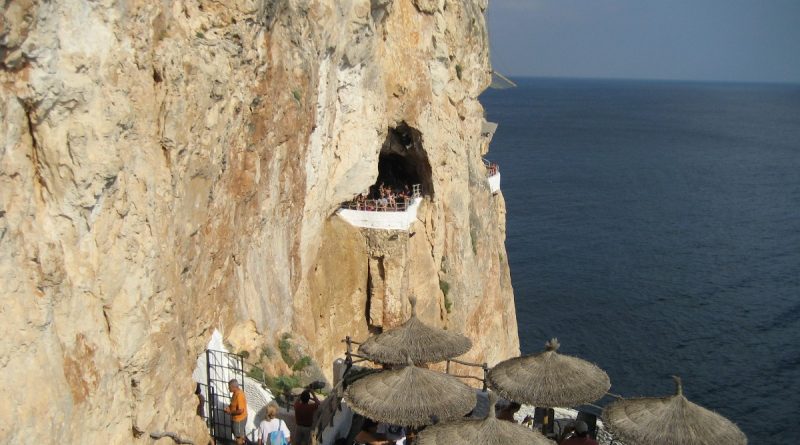 The Cova d’en Xoroi (Xoroi’s Cave) is a natural cave placed in Cala en Porter, the south coast of Menorca. The cave can be visited during the day as well as in the evening. The cave recieves the name of Xoroi due to a turkish pirate who lived sheltered in the cave during years and who survived stealing. The legend tells that when they discovered Xoroi in the cave, he jumped to the sea and nobody ever saw him again.