Menorca is known above all as a sun and beach tourism destination, but there is also a very good offer of rural tourism. Best of all, the rural hotels of Menorca allow you to enjoy the advantages of this tourism and also give you the possibility to enjoy the best beaches of Menorca.

Rural hotels are hotels located in a rural setting, away from the towns of population, and usually have a special feeling in terms of the architecture of the hotel.

The cottages are similar to rural hotels and are also located in a rural setting, but are usually run by a family that can reside in the same house. Country houses usually offer rooms for rent while some hotels may offer rooms as well as apartments.

Biniatram Agrotourism It is a family-run country house in the area of Cala Morell, just 700 meters from the beach. The building is an old farmhouse with stone walls and a huge swimming pool. It offers both rooms and apartments, where you will have the advantage of being able to cook when you want.

Llucmaçanes Gran is a set of houses built in 1859 that were restored respecting its Menorcan architecture in 1997. It is a very suitable place for families with children because they have a farm with animals and also an ecological garden. It has 2 barbecues at your disposal!

The Rural Hotel Sant Joan de Binissaida it is a rural hotel that occupies an old manor house of the eighteenth century (18th century). The most characteristic are the immense gardens of 12 hectares and an outdoor swimming pool. The owner has given each of the hotel’s 12 rooms the name of a great opera composer,the result of his personal passion. The on-site restaurant serves produce from the garden itself, so be prepared for the best seasonal food.

Casa Albertí is an old manor house built in 1740 and recently renovated. It has only 6 rooms,all of them different, distributed around a central staircase that allows access to the whole house.

Alcaufar Vell it’s a family-run rural hotel. The manor house that occupies the family since the fourteenth century (14th century) and that has been remodeled and expanded over time. It has its own restaurant and also a gym.

The Rural Hotel Binigaus Vell is an old farmhouse in which one never gets tired of being. With 20 rooms available, probably the best thing about Binigaus Vell is its privileged location that places it 800 meters from the village of Es Migjorn Gran, and a short distance from the Cova des Coloms and the unspoilt beach of Binigaus. If you like equestrian tourism you can enjoy horseback riding that they offer in the same hotel, and you can get to know the Camí de Cavalls that borders all Menorca.

The Rural Hotel Morvedra Nou it is a pre-1650 farmhouse converted into a great 4-star country hotel. This is another of the privileged in terms of situation, as it is on its way to the unspoilt beaches of the south of Menorca: Macarella, Macarelleta and Turqueta. This hotel is perfect for those who want to relax and at the same time want to do active activities such as horseback riding, hiking or cycling tours.

Rural Hotel Sant Ignasi is a former manor house since 1777 completely renovated in 1997. The best thing about the rooms of this hotel is that all have a private garden or terrace in case you are on the first floor. Its restaurant offers traditional Menorcan cuisine of high quality. It has paddle courts with transparent decks in a privileged environment!

Rural Hotel Son Granotis a colonial house from 1712 overlooking the port of Maó, the second largest natural port in Europe. In addition to the restaurant Son Granot has its own orchard and some animals such as sheep or rabbits on the ground. The best thing about Son Granot is that you can enjoy a rural and different environment but very close to the City of Maó.

The Rural Hotel Torralbenc It is a super-luxury rural hotel opened in 2013 amid several legal controversies about its conditioning and regularization. Controversies aside is a hotel for very special occasions that have been talked about even in the Financial Times.

The hotel has been made rehabilitating an old estate of Menorca very close to archaeological remains of great cultural value. Of the 5 room categories stands out especially the“Pool Cottage”, with 45m2 and a private pool overlooking the sea.

License of the images: None of the images in this article are licensed by Creative Commons, all of them have been obtained from the official websites of the hotels, except that of the Hotel Son Granot which is from the wikipedia.

Other Properties in Menorca 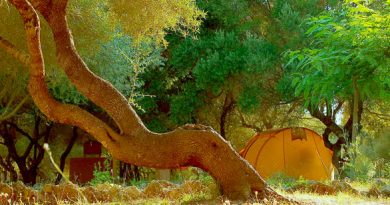 Unfortunately for Camping lovers, the accommodation offer in campsites is very limited in Menorca.
There are only two places prepared for camping in Menorca:1. Camping Son Bou in the north. 2. Atalaia Camping in the south. 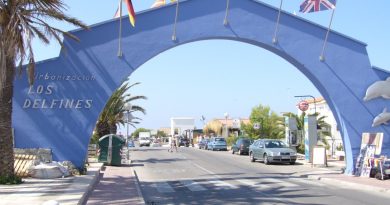 The 5 Best Urbanizations of Menorca

According to the 2012 study, these are the 5 best urbanizations in all Menorca, and therefore the most recommended from a general point of view to rent an apartment or hotel: 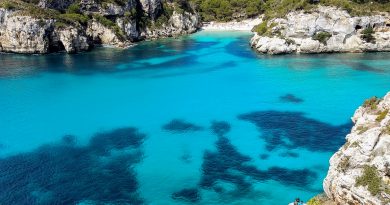 9 Tips to Prepare Your Trip to Menorca

If you are traveling to Menorca for your holidays, here is a list of tips that can help you enjoy your trip.
How many days do I need to visit Menorca?