Menorca is an island in the Mediterranean Sea and therefore has a Mediterranean climate. Summers in Menorca are usually quite hot and dry, while winters are usually mild, with several days of rain.
Thanks to its climate, Menorca has a seasonal tourism is clearly concentrated in the warmer months of the year. People travel to Menorca mainly to enjoy the sun and amazing natural beaches the island offers.

One of the characteristics of the climate of Menorca is the extremely large number of hours of sunshine that can be enjoyed within a year. Nearly 2700 hours of sunshine are particularly concentrated in the months of May to September (these five months have about 300 hours of sunshine on average, meaning more than 12 hours a day). This fact, along with the quality of its beaches, make of Menorca a destination chosen by thousands of people for their summer holidays.

If you are wondering which is the best month to visit Menorca, most people may tell you August. But if we stick to the data, the month with more sun and less rainy days is July. Moreover, August is a month in which the island suffers the massification, as it’s Spain and Catalonia months of holydays and thousans of Spanish and Catalan tourists travel to Menorca.

If you want to visit Menorca and do not know what dates are best suited to do so, these numbers can be useful to you. 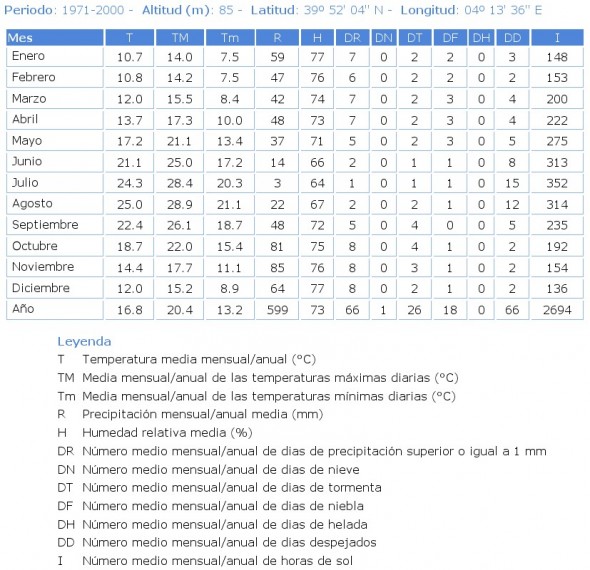 The winds of Menorca

Menorca is an island exposed to the winds. Both when Tramuntana blows (north wind) or when Migjorn blows (south wind), there are changes in the state of the sea and the beaches. This is because in Menorca there are 2 quite different areas. If you are not an expert and do not know which wind blows on any given day, the fastest and easiest way to find out is to use … 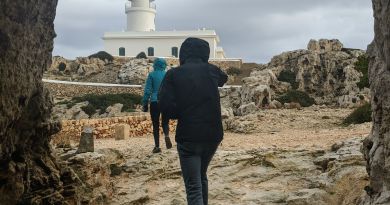 The vast majority of visitors to Menorca usually come in summer season, when the weather is nice, the sun shines, and the beaches are quite full.

Whether you’re in Menorca in summer and it’s bad weather, or you’re in colder times (autumn and winter), here’s a good list of 17 plans you can make when the weather’s bad or raining.