The l’illa de l’Aire Lighthouse is the most difficult lighthouse to access in Menorca. Being located on an island in front of Punta Prima, it can only be reached by sea.

Although it does not seem so, this lighthouse is located 53 meters above sea level and its tower is 38 meters high. Its nominal range is 18 miles.

History of the lighthouse

The Far de l’illa de l’Aire was inaugurated in the summer of 1860 and during its construction the boat that carried the workers was wrecked and one of them drowned.

When it was built, it was the tallest of all the lighthouses of the Balearic Islands,until in 1977 the Moscarter lighthouse was built in Ibiza.

Its optics have been renewed over the years, and from 1976 the maintenance service with permanent residence in the lighthouse was withdrawn.

Imagine how hard it could be to live in this lighthouse, on a tiny island isolated from civilization and with 3 families (those of the 3 “torrers”), sharing such a small space!

How to get there – Boat Rental to Illa de l’Aire

Unless you are an authentic David Meca and want to participate in the swim crossing between Punta Prima and Illa de l’Aire (2013 edition), you can only reach this lighthouse by boat.

The illa de l’Aire has an area of 34 hectares and a perimeter of only 3300 meters. 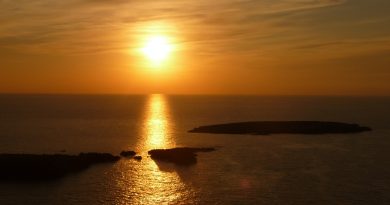 The lighthouse of Cavalleria is one of the most peculiar lighthouses in Menorca. This lighthouse is located at the northernmost point of the island, Cape Cavalleria, and can be reached by car via a narrow road. It is possible to park the car a few meters away. Most people who visit the lighthouse do so by day, but it is also possible to do it at night, or to watch the sunset.

10 Places of Interest to Visit in Menorca

We are not tired of saying that Menorca is much more than sun and beach. Yes, the beaches are paradisiacal and they are the main attraction, but Menorca has places of interest throughout its territory. If you are going to stay a long time or if during your stay you find yourself with rainy or cloudy days, here are 10 plans in Menorca that you can’t miss. 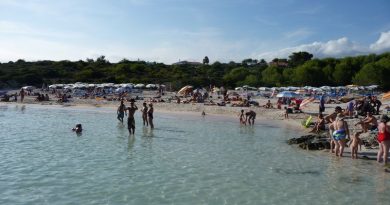