Menorca is one of the official headquarters of the World Padel Tour from 2019 to 2022. During the month of October and during these 4 years, the matches of the Estrella Damm Menorca Open will be played in Menorca.

The official WPT matches in Menorca will be played from October 6 to 13, 2019.

Map of Padel Courts of Menorca

If you want to play Padel in Menorca, here is a small list of Padel Courts where you can play in Menorca,both Indoor and outdoors.

Buy Tickets for the WPT Menorca

You can buy tickets on-line from only 6 euros. 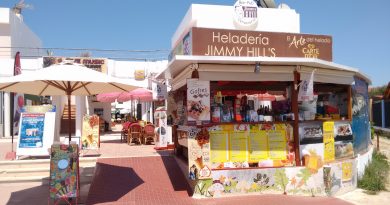 The Jimmy Hill’s Ice cream and Creperie shop located in Calan Blanes is one of those places difficult to find if you don’t live in the urbanization. The creperie is a familiar business runned by Dario and his family, from Argentina.