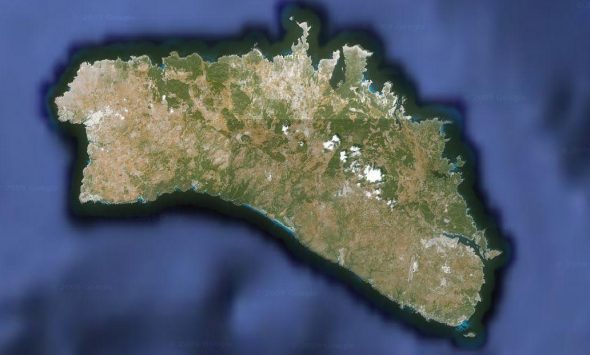 One of the particular features of Menotca is its distribution of the beaches in two main zones. On the one hand we have the north zone, with mountainous reliefs and dark rocks. The south zone, on the other hand, has a landscape more regular with more vegetation and lighter sand and rocks.

In general, the beaches of the south have softer and lighter sand than in the north, and the water is more bright and clear. Another difference between north and south is the buildings and tourism presence.

In addition to the obvious differences in terms of tourism and landscape, the difference between north and south has certain importance for tourists who have boat and sail around the island.

When the south wind blows, the north is usuall  more calmed, and the opposite occurs when north wind blows.

To check the wind of a particular day, you can use different systems. If you have no idea, the best you can do is to ask someone who kows about it or check it on Internet. Following you can see the list of the north and south beaches, not all of them, just the ones that I find more remarkables.

Beaches of the North

Beaches of the South 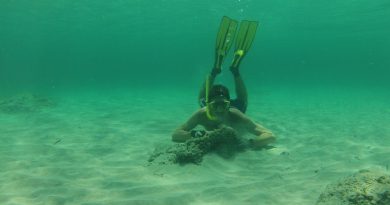 Diving with glasses (snorkeling) at the sea is a very easy sport to practice in Menorca. For snorkeling you only need a pair of glasses and one tube, easy and cheap. Want to know what are the best beaches and coves in Menorca to snorkel? 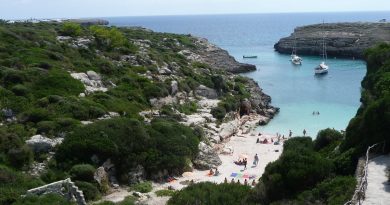 Cala Binidalí Beach is a tiny beach next to the urbanization of Binidalí. This beach is not very crowded mainly because of its small dimensions (not much people can fit in there!). 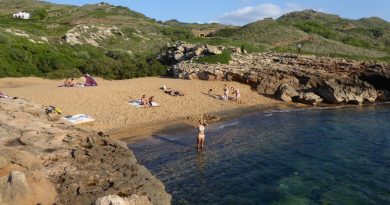 Caleta de s’Elisabet Beach (or Cala n’Elisabet) is a tiny red-sandy cove located in the eastern part of Binimel·la. This Cove is very small, only 10 meters long and with space for about 20 people comfortably. It is a beach that in summer can be a little crowded, since the whole area of Binimel·la and Pregonda receives hundreds of tourists who want to go to these beaches.

3 thoughts on “The Main Differences Between North and South Menorca”